Currently CLOSE!!! - It's a Special Event Town made by the GM's of UODemise for the season of Halloween!

All Loots Items that is written it's either received by me Spok, Will or Pumpkin as well as shared by other Players and my Guildmates! Some Boss do not have a lot Items because we didn't get any item or no one share with me what they get!

Feel free to contact me by Email at: " admin@spokland.com " for any Informations, Screenshots, Loots, Items, Tips, Secrets you know! Let's make every UODemise Players informed about the Halloween Town! 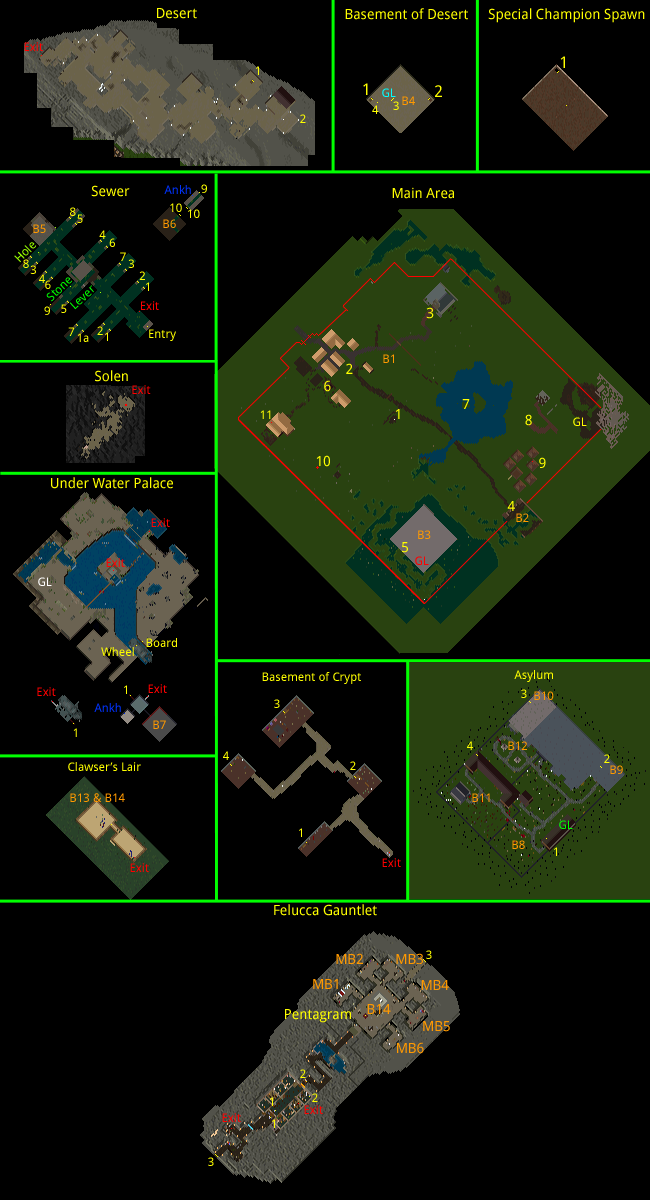 #1 = Exit to Basement of Desert

A Section Of An Obsidian Statue 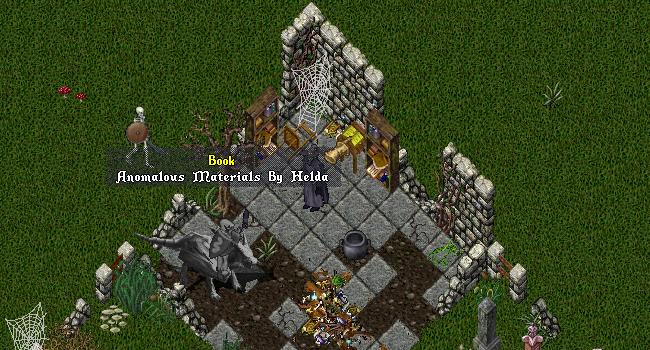 By reading the book on table at witch Helga.

Book:
The town is engulfed in strange magic that is not of my doing. It may be the cause of the sudden uncovering of the volcanic substance of obsidian in the soil. While this material is harmless in small amounts, the assembly of multiple small pieces appears to enhance its magic potential. The result are most prominent under direct moonlight.

When active, any Character can go see any Yellow NPC (except Quest Giver) around the world and say to them "trick or treat" and then target the NPC. You can receive Candy or the vendor can decide to play a trick on you! Having 100 in the Skill Begging can give you a chance to receive uncommon items!