In Ultima Online the Map Felucca is the most dangerous Map, because in this Map, murder live there! PK, Player Killer, Red Character! In Felucca PvP can exist (Player Vs Player), Guild War, Raid!

In Felucca there's many Cities, Dungeons, Forests, Oceans, Deserts, Swamps, Cemeteries and Players Houses all around the Map!

Felucca have another Map attached to it! It's called T2A (The Lost Lasts). Trammel too!

Note: Felucca is a Map with the Rules of PvP! Player will be able to attack each other!

Felucca is considered as a Dangerous Map! Players who like to PvP, Guild War, Raid, Champion Spawn or Thief will love this Map! The adrenaline when you see a Red on your screen and start fighting!! It's a Dangerous Map but as well as having very nice stuff!

Champion Altar exist in Felucca with Power Scroll / Stat Scroll as a Reward from completing and killing the Champion Spawn Bosses!

Faction are available for Player who like to be part of a Faction Group! But there's no Faction Artifact yet in UOGamers: Demise!

Guard Zone are available in Felucca, but the difference of Trammel is that a Blue Character if Flagged by a Red can call the Guard to kill the Red! But if a Blue Flag the Red 1st, the Blue will not be able to call the Guard! 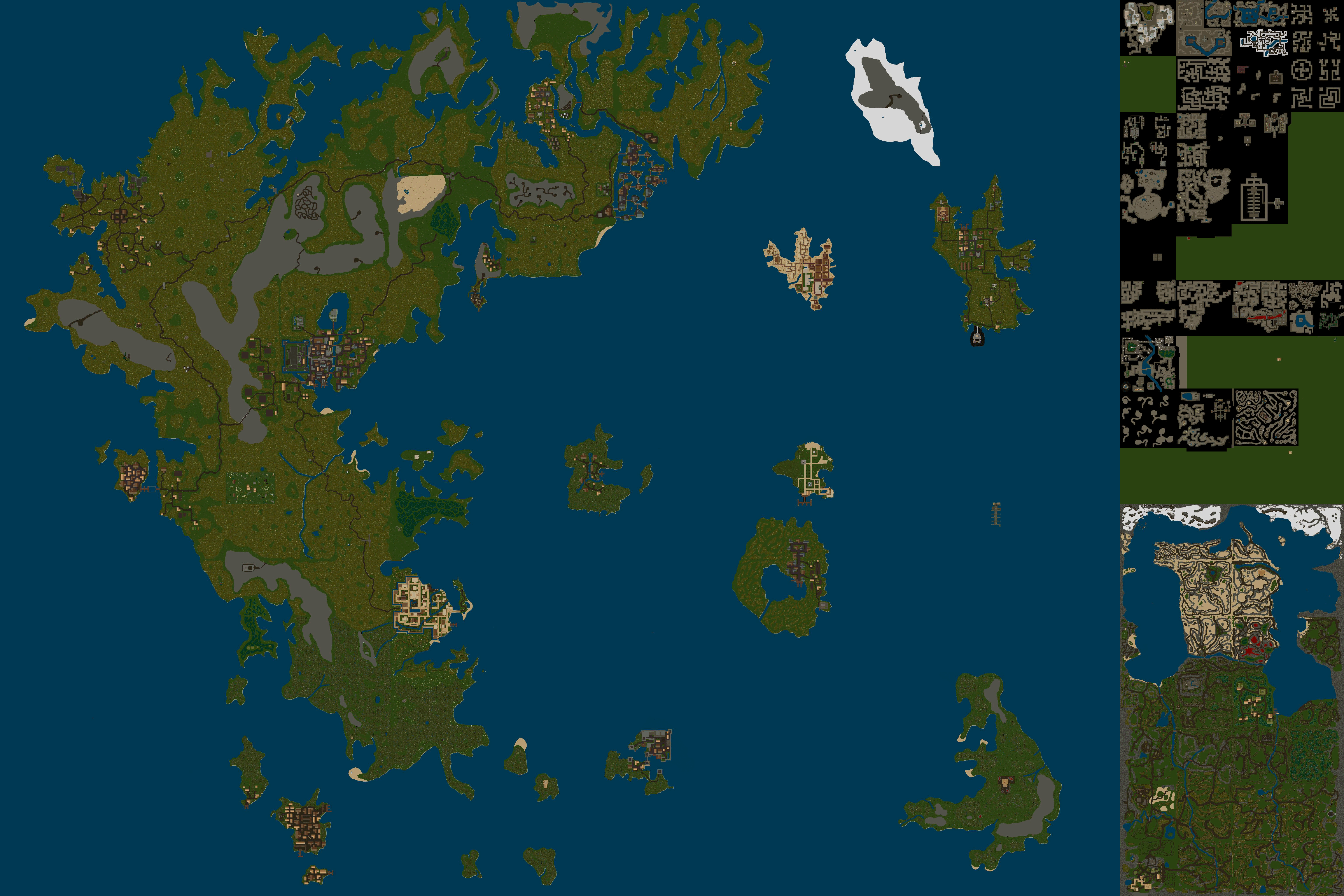 There's 17 Cities in the Map Felucca that can be visited by any Character!

There's 14 Dungeons in the Map Felucca that can be visited by any Character!

There's 2 Cities in the Map Felucca T2A that can be visited by any Character!

- City of the Dead
- Fire Dungeon