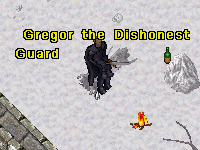 The Quest Giver - Gregor the Dishonest Guard, is located on the South-West in Felucca Area, just after the passage between rock. 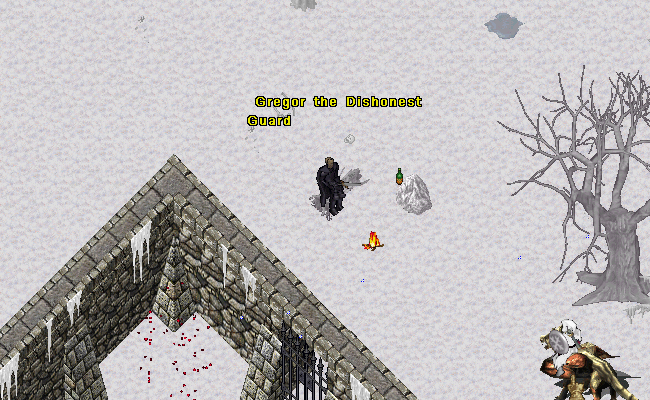 Quest - A Dishonest Guard
Description
Passage beyond this point is strictly forbidden. Don't even think about thinking about it!

Alright, alright, twist my arm! Perhaps I can open the gate and sneak you in, but I want something in return.

What, you've never paid a bribe before? From the look of you I don't believe that...

Reward:
Passage beyond the wall

What To Do:
Gregor the Dishonest Guard request to obtain 1x Snow Cone! It can be Found inside the Loot of the Monster An Abominably-Built Snowman! They are located in the Felucca Area! However, the Snow Cone is a Cursed Item and have a Lifespan of 1 Hour!