The Champion Altar - Glade Spawn is the Champion of Fey #2! It's always available at the Twisted Weald Dungeon and cannot be randomly Activate in T2A/Lost Lands in several different place or in Ilshenar at the 2 randomize Altar!

The Glade Spawn is located in Ilshenar! The quickest path to go at Glade Spawn is by using the Public Moongate and choose Ilshenar - Spirituality. Then walking West until find the entry of the Mushroom Caves, then walk North West and step on the Sparkle Teleport! However, it require to perform or have done the Quest - Dread Horn from Lorekeeper Calendor, who is located in Heartwood City, in order to access the Twisted Weald Dungeon. 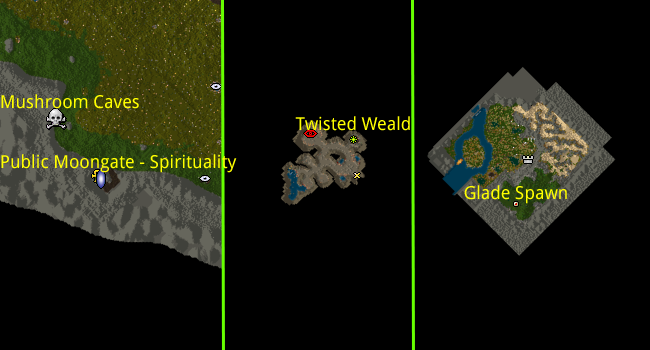 Fey Slayer is the overall best Slayer to choose for Spell & Weapon Damage!

Fire & Cold Damage is the overall best Elemental Damage to choose for Spell & Weapon Damage! Also, it's a great strategy to use a Character with a Template of Tamer with 120 Discordance and having as Pets a Pack Animals of 5x Hell Hound or 5x Hell Cat (Large)!